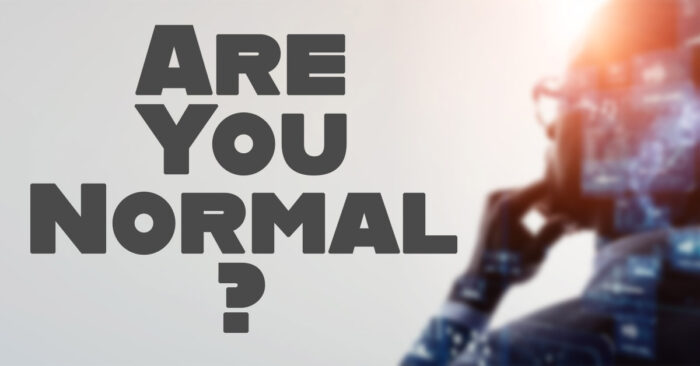 Have you ever wondered if you were normal? What actually IS normal today? If normal is being average or even in the majority, the following statistics can help you determine if you are indeed “normal”.

Are you above or below average when it comes to personal, consumer debt? If you added up all your debts (credit cards, car loans, mortgage etc.) how much do you owe? Statistics indicate the average American has about $93,000 in debts. It would then seem if you have less than that, you would be considered above average. Like golf, this is one case where the lower score wins.

One area where a higher score is above average is in your credit score. The average credit rating for Americans is 711, which is considered “good”. By raising that score to 740, you would have a “very good” credit rating. Hit 800 or above, and you have “excellent” credit. Even credit scores ranging from 580 to 669 are considered “fair”.

Americans take an estimated 3 billion prescriptions per year. Estimates say that about 70% of us are on at least one prescription drug at any given time and 20% of us take five or more prescription drugs. It is a bit hard to define what is normal about those figures.

Sometimes what is “normal” can make us feel better about ourselves, and in some cases worse. Perhaps the real question is how “normal” do you really want to be?

A Yard, A White Picket Fence, a Dog and a Pool

What Amount Would You Sue For?

Things Around Your Home Are Multiplying!

The Importance of an Exit Strategy

When is the Best Time to Shop for Auto Insurance?

Things Around Your Home Are Disappearing!